Mor Mann Ke Bharam (An Illusion of my Mind) attempts to create an experiential narrative using the ambiguous and cryptic form of illusions.

Entangled in the web of imagination, a struggling mind pieces together the fragments merging the line between illusion and reality 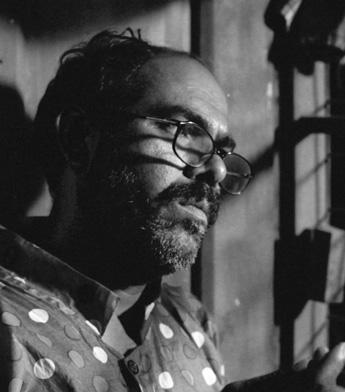 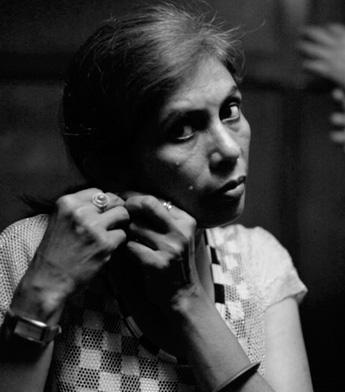 as Uma and Simran 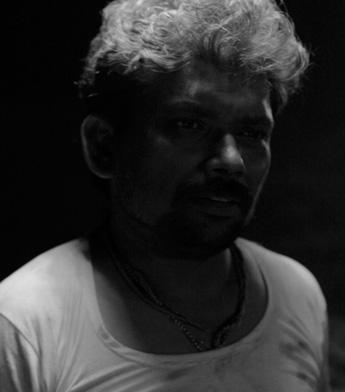 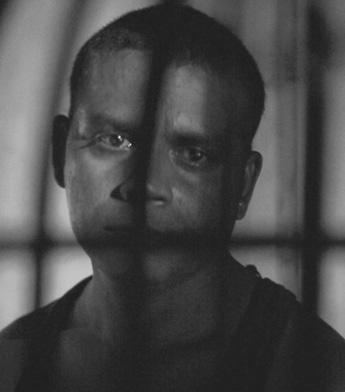 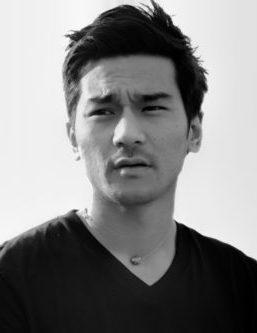 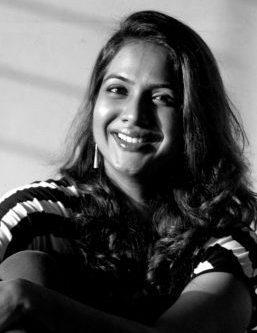 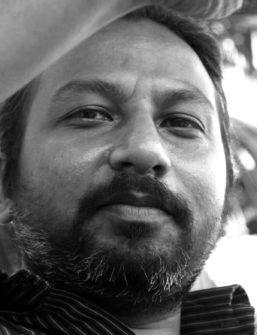 Mor Mann Ke Bharam is an unprecedented homage to the depths of the human mind. The mind is singularly capable of engaging all its faculties into a state of illusion. Fresh from a grand reception and standing ovations at the recent Jio MAMI Film Festival, the film definitely does live up to the acclaim. The directors and the extremely small crew, all debutants, have doubled up in various capacities to practically handle everything about the film. Watch the film for it is a sheer labour of toil, and a tribute to the mind and Chhattisgarh.

...effectively blends surreal metaphors with eerily rustic Indian backdrop to create a unique tone. The film is about writer and his internal struggle. His inability to pen a screenplay in given deadline creates a world of illusion, wherein eccentric characters are met with unusual circumstances. It is one the best examples of micro budget Indian indie movie done right. There is a brief scene that surreptitiously captures the statuesque stillness of mannequins. But can a fish float in the air? Are things really as they seem or is it just an illusion of our mind?

Whimsical, imaginative and cryptic, Mor Mann Ke Bharam is a delight in more ways than one. It’s a film about the illusions of the mind that creates its narrative for the experience of the illusions. Illusions have a vague form and shifting functions and through the treatment of its themes Mor does something similar. The mystification is not self-conscious and touch of humour is refreshing. Especially, the tongue-in-cheek reflection on difficulties of a film artist. Such a pleasant experience!

Chat with the Directors

with Nita Deshmukh from Jamuura

Karma: FTII would be my moment of clarity that made me want to involve myself in trying to understand the craft of making a film. I don’t come from an artistic or creative background. Joining FTII was a lucky break and the idea for it almost came at a whim. There wasn’t a long drawn thought behind it. But on the first day of class when we were shown a film followed by a discussion, it just felt like I was at the right place.

Heer: Mumbai was all I knew and advertising was the thing to do when I graduated. I did a few odd jobs before I joined a production house as an assistant director. The project initiated me into the physical aspects of making a film, right from scripting to release. More importantly, it broke my notion of a routine ‘job’. FTII is a space where completely dissimilar individuals come together and feel the same emotion while watching a film in a language none of us understand – it is almost magical. Each film stands testimony to when, where and how it came to be. Even films that don’t work for you in some way teach you a lesson.

Abhishek: I am from Lucknow. My father was a government official so my childhood was spent in various small towns in UP, as he would get transferred every 2-3 years. Due to the transferable nature of my father’s job, it was decided that sending us to a boarding school will be a better option, so I went to a boarding school in Nainital. At the boarding school I developed a keen interest in sports and painting. Films happened much later in my life, although I was a film buff for a considerable part of my life. I worked in corporate jobs for a few years and then decided to quit and pursue a course in film direction from FTII.

Karma: I’m inspired by the possibility of learning with every film I watch or make. Being in the film institute completely broadens your horizons with the kind of films you watch and the filmmakers you get to study. For a film student it would be particularly difficult to point out favorite film makers – it would be an endless list. Masters of the craft like Ozu, Bresson, Fellini, Tarkovsky, Ghatak, Kurosawa, Kubrick and many others have left us a legacy of films that continue to be relevant to filmmakers even today.

Heer: I enjoy films that attempt to question the ‘real’ and create experiences rather than just tell stories. I look forward to the works of contemporary filmmakers like Claire Denis, Kim Ki Duk, Emir Kusturica, Apichatpong Weerasethakul (the list can go on and on) who are pushing the medium to create a language of their own.

Abhishek: I love all sorts of films. There are so many great film makers I admire that taking names of a few would be an injustice to others.

On The Budget Of The Film:

Karma, Heer, Abhishek: The budget actually decided the approach in the making of the film. For independent film makers that don’t fall within the circuit, the need to make the film becomes paramount over and above the process. You are ready to do or explore any possibility that would allow you to make the film that you want to make. Trying in some way to make up for the lack of money with ways that would be cost effective. The traditional approach in this context is rigid in its demands, requiring you to fall in line and to concretely formulate your processes and ideas so as to cater to a set understanding of viewership and commerce, which we weren’t concerning ourselves with while conceiving or making the film.

Karma, Heer, Abhishek: The idea of the alternative or non-traditional approach to making the film wasn’t something that was a conscious decision. We were discussing the possibilities of making a collaborative film around the idea of a writer’s block that we all had come to experience with our writings. After some deliberation, we somehow got around to writing a basic caricature of a script with ideas that we had formed with our discussions. Since we are all batch mates in FTII there wasn’t a need of initiating ourselves to each others quirks. So in a sense we knew what to expect out of each other.

Once we had a sense of the script, which wasn’t complete by any stretch of the imagination, we spoke to Anadi (who is the executive producer and also the editor of the film) about the possibility of making the film. He offered to connect us to the Raigarh chapter of IPTA, of which he is a part. From there on the things started adding up and falling into place. We landed up in the culturally vibrant town of Raigarh for the first time in the peak of summer with an almost complete script in our hands and with no idea of what we were to expect or what we were getting ourselves into. Each and every member of IPTA Raigarh was an important contributor - this film was made possible thanks to their unconditional support, faith and love. The cast of the film comprises entirely of members and associates of IPTA Raigarh.

We improvised with our script to make the most of the local support offered to keep our budget in control. The production process of the film was done completely within a period of one month, from casting, to locations, to costumes, to shooting the film. We had written the script in Hindi.

Karma, Heer, Abhishek: For casting, we would sit in their theater rehearsals. Availability of the actors was also a big factor since all of them had day jobs and IPTA had play rehearsals in the evening. These constraints pretty much dictated the shooting schedule of the film. We took ten days to finalize locations, casting and other pre-production work.

The actors adapted the dialogues in Chhattisgarhi and a lot of improvisations took place according to the situation. We took twenty days to shoot the film. Another aid to our major budget crunch was the technical support we had. We borrowed the camera (5D) from IPTA; Accord Equips, Pune helped us with lenses, mics and a flycam; a friend lent us his sound recorder. There were just five of us, including the cinematographer and editor of the film. We all doubled up as lighting assistants, makeup artists, art directors, sound recordists and even painted a wall for a room. Other members from IPTA helped us with lighting and production as well. It was a self-sufficient team and a collaboration without any departmentalization.

Karma, Heer, Abhishek: In one month in Raigarh, it was amazing to see how others were also excited about us shooting the film there. They gave us their spaces for free, which became our locations. We even picked things from various people’s houses to be used as props in the film. It put us in a position to be able to recreate a hectic and chaotic atmosphere that we associate with shooting a film. The good thing was that no one complained.

Karma, Heer, Abhishek: Once the shooting of the film was over, we began editing first in FTII, Pune and later in Mumbai. We returned to Chattisgarh after the edit for the dubbing and the recording of songs. We created a faux dubbing studio in Raigarh with blankets and mattresses covering the room for acoustics. The actors were literally sweating inside, especially since we dubbed during the hottest time of the year.

Fortunately for us, our co-producers Mr. Viren Rai Jain (Anand BEC Fertilisers) and Mrs. Renu Goyal came on board at the right time to lend us support for the post-production work. Seniors from FTII and other supporters of independent films helped us work out good deals to complete our studio work in Mumbai - sound mixing was done at Sin Temple and Sound Ideaz and the colour correction at Color Bar.